We just got back from New York – it was a wonderful week  for us to spend time with close friends and, of course, for me to check out the art.  The highlight was the blockbuster (just closed) Picasso Black & White exhibit at the Guggenheim. After that it was a week-long frenzy of galleries and museums. I raced through The Brooklyn Museum, The Metropolitan Museum of Art,  MoMA, The Museum of Art and Design,The New Museum, the Noguchi Museum, PS1, and The Whitney. I spent a couple of days roaming in and out of doors down in SoHo and Chelsea. I squeezed in a few galleries up on Madison Avenue and Bedford Avenue over in Williamsburg.

The reality is that no matter how I wear myself out, there is no way for me to really do more than take a cursory glance – I got to about 40 galleries this time around, but that is hardly a dent when you consider how much there is to see. As I reflect back on the week, it is already beginning to blur together but here are my top 10:

1) Picasso Black & White at The Guggenheim

This was the big blockbuster show – I love retrospectives in general, but really liked taking in a subset of works that spanned his entire career. Of course, the central atrium of the museum helps – there is such wonderful natural light and the spiral up the circumference allows for viewing from different vantage points. I loved being able to see works like “La Cuisine” close up and then check them out from across the rotunda.

2) George Bellows at The Metropolitan Museum of Art

It was a treat to see this retrospective of arguably one of the greatest  American painters of the early 20th Century – a member of “The Eight,” he was a realist, and often focused his works on the daily realities of urban living. His works captured the essence of NYC as it expanded during the turn of the century.  Many of the paintings were familiar: fighters in boxing rings, prostitutes, the excavation of Penn Station, etc. Ones that I especially liked were taken outside of the city up in Woodstock or off the coast of Maine.

What can I say? I mean her work just fits so perfectly in the Bowery…I was glad to see the museum showcasing her. I think I’d love to see her confrontational imagery in a more rarified setting; maybe on the Upper East?

It was fun to see this show which got my head spinning in so many directions. She happened to be checking out her own show the day that I was there and so that somehow added inexplicable relevance. I am beginning to explore concepts of popular imagery put into compositions based in historical reference. That is nothing really new, but right now it is especially hot in the art world.  I was particularly moved by her candid and touching portrayal of the relationship she had with her mother who passed away this past Fall.

It takes a while to get yourself out there, but it is totally worth it. If you can manage it on a nice day, combine it with Socrates Park.

It was funny because when I entered the gallery all of the printed materials by the door were for Jillian Clark (whose installation was on display in the back of the gallery). I immediately looked at the stripes on the wall with recognition, but then questioned myself because of the literature. Once I got past the momentary disconnect, I really enjoyed the show.

This guy’s photos are just so fun – it was a great burst of energy to see this show in the middle of a long, cold day of gallery hopping.

These are the same polished steel marbles that the gallery took down to Art Basel; an installation that illustrates the role of context in art.

These celebrity portraits force the viewer to look twice; they are broken busts taken from a wax museum.  They are sumptuously colorful photographs that challenge notions of permanence and mortality.

I’ve seen a lot of his work through the city in London and in museums everywhere – last year the Denver Botanic Gardens. These large scale pieces make an impact at the gallery – WOW!

Picasso La Cuisine at the Guggenheim 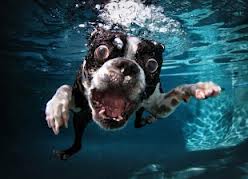