Richmond, VA is an old city – first settled in 1609. It is tucked amidst rolling farmlands along the James River, about 100 miles south of Washington, DC.  Richmond has a little something for everyone: there are the blue-blooded aristocrats of America’s first families and then the young urban hipsters. It’s a college town, so there are plenty of students; there is the grunge set (my brother calls them the pin cushions and comic books, in reference to their piercings and tattoos.) The restaurant scene is decidedly southern – plenty of chickens, hams, and turkeys, but it trending toward farm-to-table, small batch liquors, gastropubs and based on the number of food trucks popping up around town, it is experimenting with variety like never before.

Last week I took some time to check out the local art scene. There is a vibrant artist community with a bevy of studios and galleries, and it boasts one of the best state-level art museums in the country.  Thanks to major benefactors, the museum’s collection of antiquities and European impressionist paintings surpasses most other museums in this class and it has an impressive collection of contemporary work as well.

The galleries I checked out were clustered downtown and in uptown – mostly on Broad and Main Streets, respectively, each in about a 3-4 block span. A couple of them seemed to focus on gifts and crafts and then a few were either co-ops or run as nonprofits while others were commercial galleries. Unfortunately, only one out of a dozen gallerists actually engaged me to talk about art, their artists and their business. For that, I am grateful to Jennifer Glave Kocen of Glave Kocen Gallery – her space is terrific, the inventory of contemporary artists seems solid and the support, both for the gallery artists and the community seems genuine…it will be the first place I go to when I am back in town.

Additionally, I did make a daytrip over to Lexington, VA to check out my Alma Mater and see a couple old friends (not exactly old, but it has been 25 years, so I guess we are getting there.) Much of the campus remains the same with the beautiful red brick colonnade. The town seems to be a bit of a time capsule from a lost era, but there were some major differences including W&L’s new arts center.  It was funny because I was momentarily lost, trying to place it in the context of my old landlords – the renowned photographer Sally Mann & her husband Larry.  Turns out the new complex sits on the land where they used to live. The state of the art facility houses a 450-seat theater, classrooms, studios and a gorgeous gallery, showing work by Barb Bondy. I managed to poke my head into a couple of galleries in town, with Studio Eleven being the one that drew me in the most. The gallery had two very different bodies of work being presented by Barbara Crawford; I wasn’t certain that I would have shown them together, but I did like hearing about the artist: she is a professor at a nearby school and, as I understand it, Crawford’s interests are primarily focused on art of the Italian Renaissance. 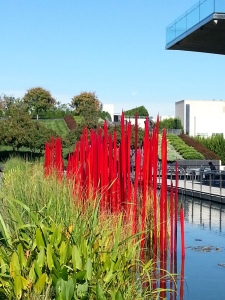 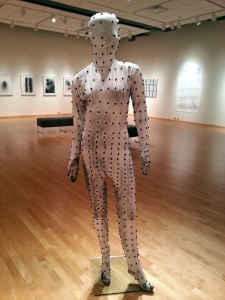 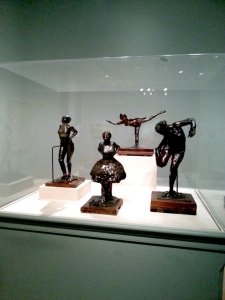 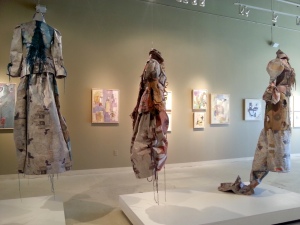 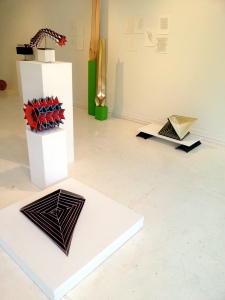 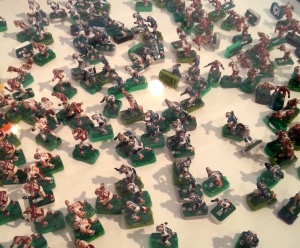 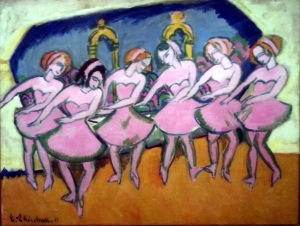 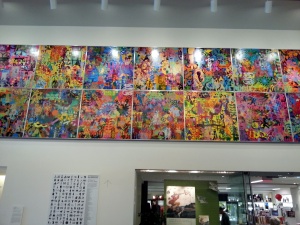 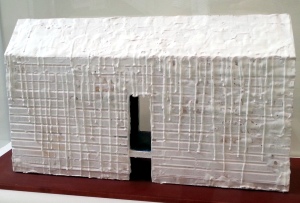 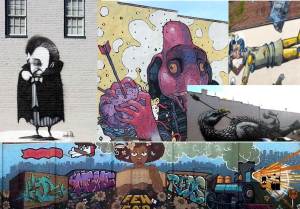